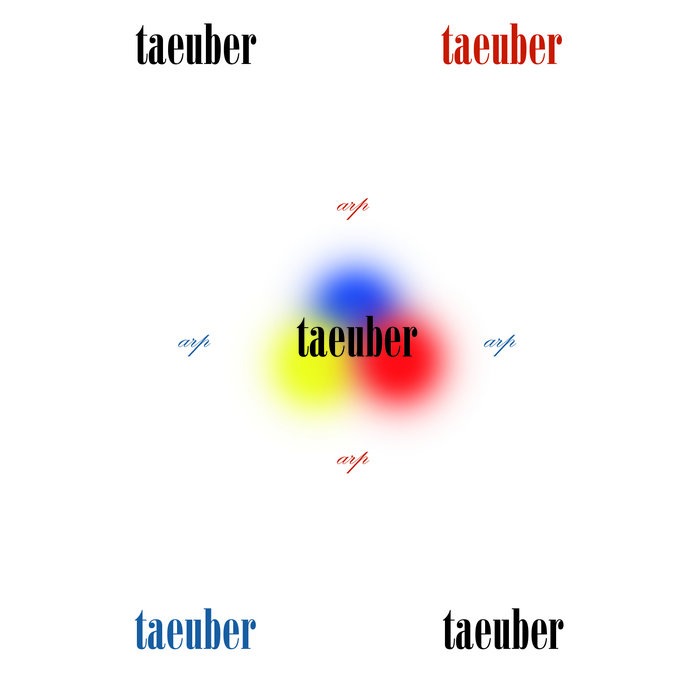 'Rhythmic Sound Patterns' is a collaborative project between Jakob Warmenbol and Céline Manz.
It is part of the body of work 'fold;' by Manz; a case study on the role of copyrights in posthumously edited narratives, and the issue of who gets to speak and whose voice gets to be heard on the example of Sophie Taeuber and Hans Arp. The project explores different forms of „voicing“ and encompasses several aspects of Sophie Taeuber’s personal and artistic legacy. Next to "fold; Ryhthmic Sound Patterns", the project encompasses a publication and a series of designs based on Taeuber‘s oeuvre.

As part of the project, Manz asked the Brussels-based musician Jakob Warmenbol to create musical reactions that are based on artworks by Sophie Taeuber. For Taeuber, as was the case for many of her contemporaries, music and sound played a significant role in the creation of her work. The 'Rhythmic Sound Pattern's reverse that. Here, the image is the inspiration that creates the sound. The result is a series of experimental pieces of each 1.5 to 2.5 minutes. Each piece is named after the work it is inspired by.

The full album with Jakob‘s musical interpretations of Taeuber‘s works will be released for free download in May 2019 in the frame of
the Regenerative Feedback Festival 2019 at Worm Rotterdam: www.facebook.com/events/274954080070991/

Bandcamp Daily  your guide to the world of Bandcamp

New sounds from Mavi, Ivy Sole & Moderator, plus AJ, the One joins the show, for her latest release